We awoke after the fabulous Mynd Christmas Party (thanks to Fay, Jane and everyone involved) to 10-15 knots on the ridge, a useable cloudbase and lenticulars over the Stretton valley – tempting!

Flyable, let alone soarable, days have been a bit thin on the ground recently, so it was a good opportunity to unpack all the toys – and even one private glider – Laurent and Geoff Dailey were busy rigging PZ.

A few currency checks after some long layoffs to get us started; all the usual suspects took their turn in the K8 or the K23; Holly made more excellent progress with her training including a couple of nicely executed landings; Walt handled the trial lessons; Ed winched us; Mac was launch director and even managed a cheeky annual check. 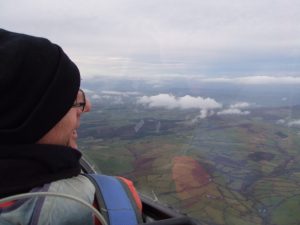 Mac’s spin flight was worthy of note. The ridge had been a bit disappointing all day, probably as a result of being out of phase with the wave. I planned for him a couple of spins which I hoped would leave him nicely out of position for his circuit. (Ooh – sounds a bit mean when you write it down like that, doesn’t it!!?) Anyway 900 foot launch to the Knoll, out into the valley, HASSLL checks, two spins and we’re down at, 900 feet! 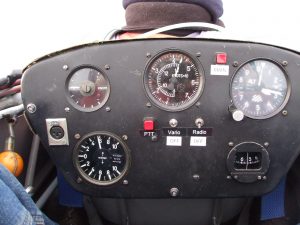 Not to worry, an impromptu chandelle refresher should soon sort that out. So four or five chandelles later and we’ve sunk to, err, 1300 feet! “What’s worse than a bad plan?” as Simon would tell you … “Sticking to it!” So we went to ride the wave instead! 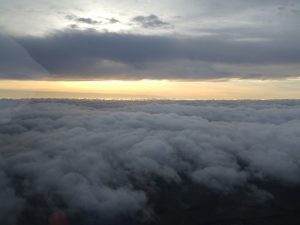 Obligatory Above the Clouds Photo!

A climb rate which peaked at six knots soon had us up to 5000’ above site (elsewhere in the sky, Laurent topped out at 6300’). You won’t be surprised to learn, dear reader, that our Mac was well and truly re-acquainted with all aspects of spinning by the time we landed
– oh yes!

This is the previous MGC blog, no longer updated. It can be seen at What Happened Yesterday