Dominic Haughton’s report on the day …

A Grand Day Out

The front went through at 12:30, cloud cleared in ½ hour and launching started soon after into a cloudless  sky. Rob was instructing in the K13 and the K23 had about 4 takers including Steve G-R and Peter Clare, all aiming to pack in as many flights in as possible.  I expect the K23 did 10 or 12 flights in not much more than a couple of hours, including contacting the wave that Jon (in KA) and I (Z19) used.

My first flight in wave-suppressed ridge was <10mins. The was next was straight into wave where Jon was already established at 6000ft QNH just west of the club. I airbraked down for another launch, again straight into wave and that worked from the top of the launch to 6000+ft, 1.5 km SW west of the club. There  was a small sweet spot consistently going up at 5 knots. I think Jon got to around 7000ft but without clouds above it is hard to know how high it could have gone. In any case, the sun was going down… and so did Jon and I. 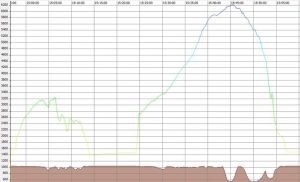 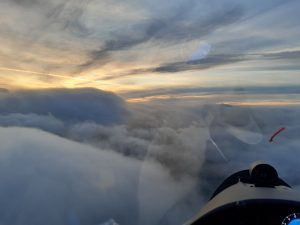 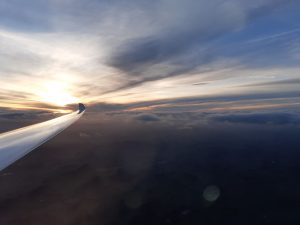 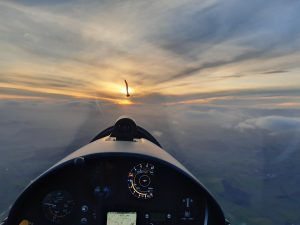 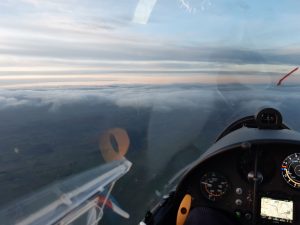 One Response to “Wednesday 2 December – We Return in Style!”